Ever since november, Ive been teaming up with Scott Martin, who works for catskiing Canada. I’ve been going around with him to cat operations and taking photos to really emphasize and capture how amazing catboarding and skiing is.

I love getting phone calls from Scott because it’s been a call to get me the heck out of the city. This time it’s to K3 catski in Revelstoke, formerly known as the Monashee mountaincats.

A 5 hour drive from Calgary seems long, but lucky for me I have a huge thing for the open road. i love it. Once I pass that alberta border into BC, I know that I’m headed somewhere awesome.

The Drive was a little interesting. I think that I drove through every weather system known to man.

Rain, snow, ice, sleet, high winds….. it was insane. If you’re packing up the family to head to this winter wonderland, then i would reccomend leaving in the daytime hours rather than 5 at night like I did.

It was a convoy of Semi trucks kicking up dirt on my windshield. The daylight will definitely work to your advantage.

I rolled past Revy, headed for the Best Western in Sicamous which is where all the guests for K3 stay. These guys don’t have a lodge, and Im convinced it’s because they aren’t willing to sacrifice any sqaure inch of their incredible terrain.

Around 7 am, I drag myself out of my insanely comfortable bed at the hotel, and head down to the lobby where they have every breakfast item you can think of, including a waffle maker, conveniently placed beside the batter machine that actually dispenses the perfect amount of mix to make your perfect waffle. I took full adavantage.

Kris, who’s basically the everything guy… an owner, cat operator, and guide, joined us in the lobby with Dave, another owner, and the very entertaining guides Larry and Carl. These guys really keep the spirits up with their jokes about telemarkers….

Q:Why does it take so long for a telemarker to twist in a lightbulb?

Anyways… you get the idea….. All the guys that work for K3 were wonderful. It was that same positive exciting energy that I experienced at FWA.

After some beacon handouts and waiver signing to make sure you don’t blame them if you explode from excitement, we were piling into their toyota tundras and en route to K3.

We turned off at the logging road inbetween Revy and Sicamous right before the skyline gas station. Suddenly we were pulled over and chains were being thrown on the tires. Where on earth were we going?

I soon discovered that this logging road was covered in a wonderful layer of ice and wet snow. The journey up that mountain kicked the crap out of any rollercoaster ride I’ve ever been on.

Chris seemed to have a good handle on everything and was just as attentive to selecting a good song on the satellite radio for all of us to listen to. You could tell he travelled this road just a FEW times.

We get to the top where the snowcat is just purring away, waiting to whisk us into paradise.

After some avi talk and demonstrations, we were on our way. We headed straight for the summit. My mind was, yet again, BLOWN away. The excitement of being in these mountain ranges will never get old.

I’m continually in awe of these surroundings. Everywhere I turn, it’s just another painting that I’m living in. This sure beats sitting in an office. I prefer the view out here…. and the lack of walls.

Turn after turn, I was beside myself. These giant open faces that we got to devour with our weapons of choice. Luckily, if you aren’t too stoked on your shred stick that day, you can bust out one of their Prior split boards. Perfect for those deep powder days….. which is coincidentally every single day up there. 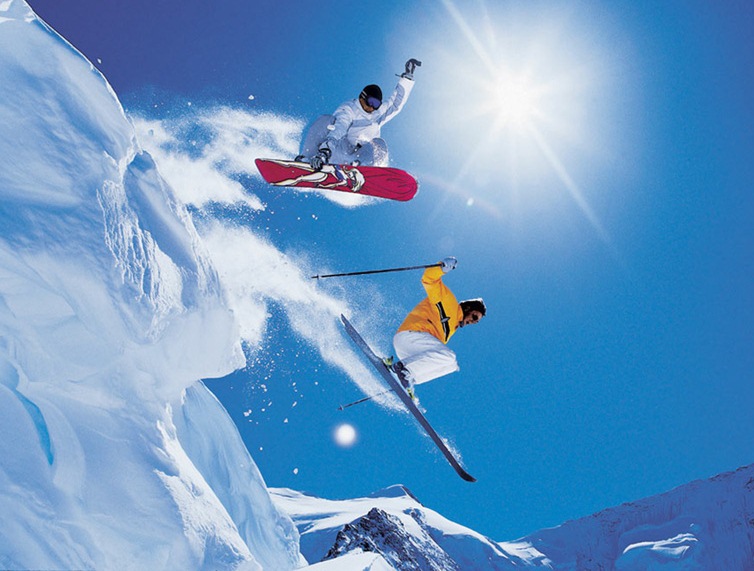 Their lunches were mellow, which is always nice. A cooler of amazingsandwiches, baking, veggies, drinks, all from The Anchor, a local restaurant located at the twin anchors dock in sicamous. Some of the best food I’ve ever eaten.

In between snacking, there was laughter and some good stories going around. This was a really social cat. There were 3 gentlemen from Italy that were on the trip as well, and even with a slight language barrier, we were all having the best time.

We hit up so many parts of their terrain.. it seemed endless.. and every single descent had something new that the last one didn’t. Every time we got to the bottom, I was just shreeking inside from excitement.

It’s hard to bottle that up and not want to giggle insanely like a school girl when you’re around all these guys that seemed so chilled out. I like to think that if they had the choice, they would be giggling and screaming like little school girls as well.

Even as I write this, I’m just getting excited for the next destination.

All the guides had a good handle on the terrain, and were very attentive to the skill level of each skier and rider, so they knew what kind of pace to keep.

I’m very thankful for the guides and all their amazing skills when it comes to pulling this little girl out of a tree well. Yeah. That was interesting to say the least. I just made a quicker turn than I should’ve and before I knew it…. I was wedged right in there.

Dave and Kris both helped pull me out, and Scott “luckily” managed to document the entire thing. Maybe he accidentally deleted that whole series….? It was hilarious more than anything.

We all had a good laugh… mainly because there was about 5 people around when it happened, including one of the gentlemen from italy. Yeah. He’s probably showing his buddies back home how silly that canadian girl was.

So in the end… it was another exciting, snow filled day. We got 25 cm each night, and another infamous blue bird day. On the second day we stayed up on the mountain until 4 pm because we had this dusky light that was the most amazing thing I’ve ever seen.

It was so soft and perfect to shoot photos and video with. Up to the summit we went, with the sun falling deeper and deeper into the valleys…. it was time to head down. The drive down in the snowcat is always interesting. Everyone is bagged.. and there is this comforting silence among everyone.

Most of the time I’m thinking about how happy I am when I’m out here… and if it’s legal to marry a billion year old rock formation with snow on it….

Get your tail to K3. The infinite, surreal terrain will blow your mind, and the wit and hilarity of the guides will refresh you at any moment that you might feel a bit of fatigue. The bucket full of home made cookies and brownies really helps as well.